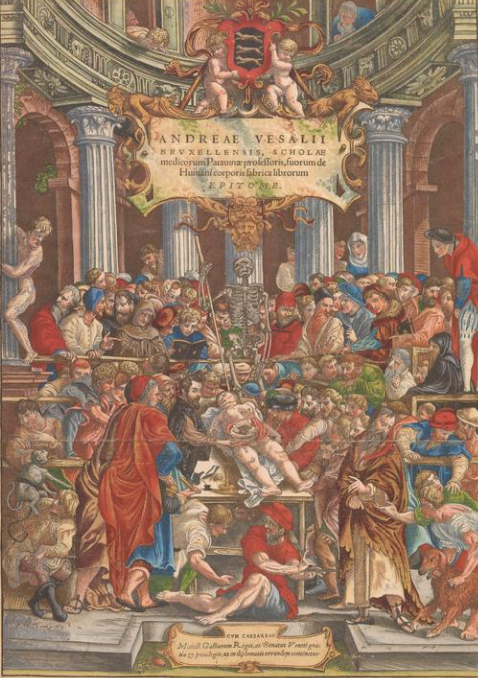 This ground-breaking book by Andreas Vesalius (1514 – 1564) marks dissection on the human in the public arena. Vesalius departed from previous anatomy illustration and narrative. Before him anatomical knowledge relied on information by Galen, who, having worked on the corpses of pigs, had produced some inaccuracies. Where in the Vitruvian Man it was the navel that was at the organisational centre of the picture, here the opened womb becomes the centre of the illustration’s design. Note the varied focal attention of those present, as well as the proximity depicted of those around the dissection slab, with the suggestion even that the observer is being invited to touch the cadaver.